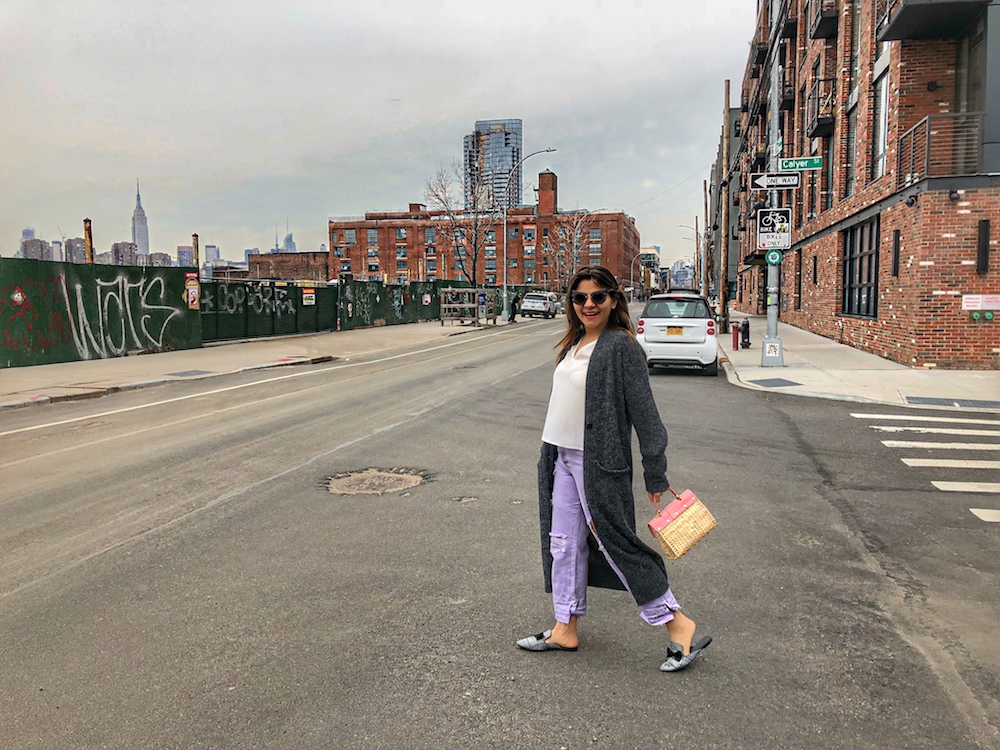 I don’t know why I haven’t talked about on this subject ever. I mean I talked about this million times to my American friends but not here. That’s very weird actually. In this beautiful spring day, I’ve decided to talk about my story of moving to New York. Let’s hear me how do I move to New York from Istanbul in 2011?

Love. My reason was love. This was the first time ever I did the craziest thing in my life. I moved after two and half months old relationship. Fatih and I were dating for two and half months before he came back to here for work. We knew we are going to break up because of his moving here. But after he came here we couldn’t split. I mean we tried a couple of times but I was so bitter to end the most genuine relationship I ever had. Apparently, he was sharing the same feelings like I did.

I was waiting for him to invite me over here. You can’t tell a guy that you want to live with him after two and a half months old relationship. While we are trying to find a solution to come together again. He said he can’t ask me such a huge thing for me to move here with him. When I heard this I told him I could leave everything behind and came to NY for him.

First of all, I was just 24 years old, I was at the beginning of my career. I can simply start over in a new city or country. I lived in Germany when I was a student briefly so I knew how to live in abroad before. And he wasn’t inviting me to a war zone. He invited me to live New York. I mean how many girls out there dying to live in here. And I was telling everybody who thinks I am crazy to do something like this for a guy, I was just saying I am going for 3 months first then I am going to decide to rest if things don’t go well on the road.

This is the first time I wasn’t planning a year ahead but live in the moment. Best decision ever!! But I knew he was the one for me! 🙂

Which visa is the Best to Come New York for That Time?

So remember this was in 2011. Obama was the president and We didn’t even have the problems like Syrian War at that time. Istanbul was one of the most popular travel destinations for people all over the world. I didn’t have any hard time to come to America.

But since I want to stay here longer “hopefully”, I have to get the most convenient visa type. So I decided to go on the student visa which is F1. Since my English is not in the best place at that time, It was gonna be perfect while I am improving my English I can also be with my boyfriend.  I even consider to do my master degree in here, of course, I wasn’t aware of the college tuition in the USA.

So I applied for English course via an agency. They applied the visa appointment for me, fill out all the forms necessary, they even pre-interviewed me for my appointment to get ready. You could get denied rarely but that happens. That’s the worst thing can happen to your relationship with a man of your dreams.

I passed my interview without any problem and I was free to go to New York to be with my love of life. My story always feels like the one what Carrie did for Aleksandr Petrovsky. She went to Paris for him and I remember the times she feels homesick and not everything was the best way as she imagines for herself. That part of my story is for next time.

Do you like my “How do I move to New York from Istanbul in 2011” story? What would you do if you were in my shoes today? Let me know about your story.

There is Something Wicked About New York

Quick Protein Breakfast for Moms Who Battle with Their Twins