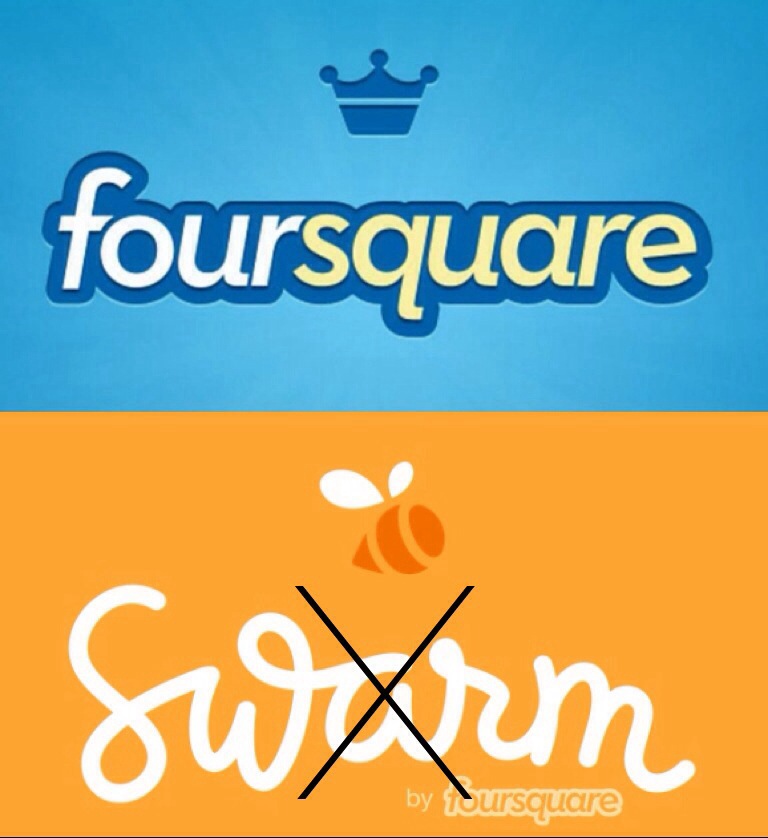 You know I actually write about fashion and fashion tech companies but recently I have the biggest disappointment with my beloved brand Foursquare. And they are from Silicon Alley like me so I have to write about my feelings about their new Swarm app.

I hate you foursquare. Once It is my lovemark on the Techworld but now simply I hate it.

So many others feel same as me! If you check the Swarm reviews on App Store. So many people gave one star and wrote about their disappointments.

I use fousquare from the begining. I was one of the special guests for Foursquare based party. I always found it fun, young, hipster-like and New Yorker. But now they totaly screw it.

One of the biggest disappointment for me is how dare can they push people to use download another app? I hate to download so many app to my devices. If thare are people like me, how do they change our mind. It is not just about liking or hating using so many apps, so people doesnt have enough space to upload so many apps, why this bullshit is.

And why do I have to use more than one app to track my loveable places and to catch up with friends? I remember in the begining people also resists the idea of changing thair Facebook Profile in every single time. But Facebook never tries to push you for another tool. And people get the idea of refresment as design perspective. Facebook pushes me to download Facebook Messenger now ,I just avoid it ( same reason dont want to download so many of them) and they don’t make mandorty it so far.

And now I refuse to use and download stupid Swarm! Yes i did it and hate it and delete it after 2 days. I am using mobile (wap) Foursquare until they change their idea to give us back old Foursquare. It did happened when Coca Cola created the New Coke back in 1985.

Company headquarters in Atlanta started receiving letters expressing anger or deep disappointment. Over 400,000 calls and letters were received by the company,including one letter, delivered to Goizueta, that was addressed to “Chief Dodo, The Coca-Cola Company”. Another letter asked for his autograph, as the signature of “one of the dumbest executives in American business history” would likely become valuable in the future. The company hotline, 1-800-GET-COKE, received 1,500 calls a day compared to 400 before the change.Coke hired a psychiatrist to listen in on calls and told executives some people sounded as if they were discussing the death of a family member.

If they don’t change their mind, I can just use Yelp instead using two stupid apps that makes me so sorry and angry!

You can also read other blog posts about it here.

foursquare vs swarm. users hate swarmwhy do I hate swarm

A Net A Porter Experience with Snow Boots

Monday Briefs no. 1 with Betül Yıldız